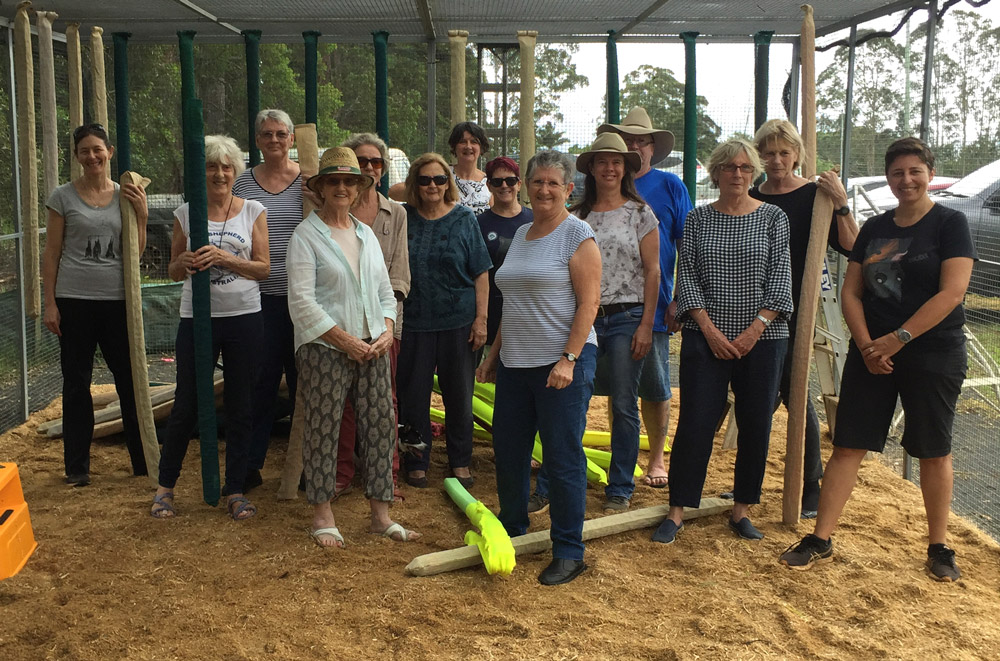 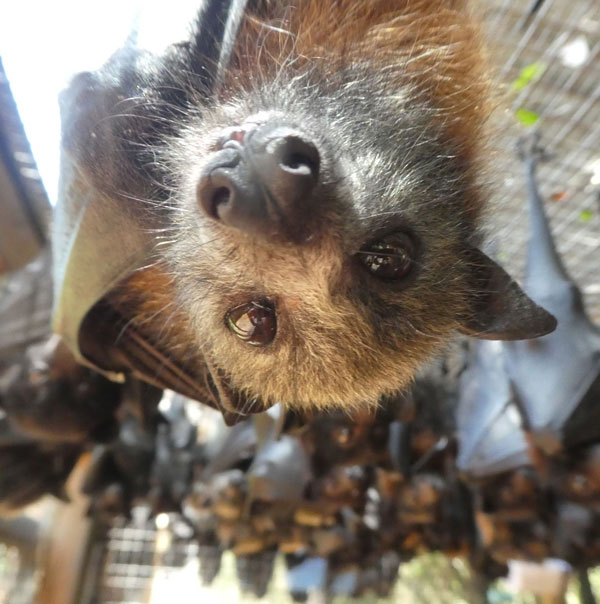 On 7 March, the team at Northern Rivers Wildlife Carers put the final touches on their flying fox aviary for orphaned flying foxes in their care.

The aviary has been built to house hand raised orphaned flying fox pups and rehabilitated flying foxes, including the threatened grey-headed flying-fox species. Fires and drought have caused a significant rise in endangered flying fox pups needing rescue due to starvation, pup abandonment and heat stress events over summer.

“The new aviary provides a purpose-built facility to house the pups while they are hand raised and rehabilitated. Our volunteers are nurturing and caring for more than 90 orphaned flying foxes and very soon they will be going through to release,” said Sandy Norris, NRWC Treasurer.

“We put out a call for help for any skilled sewing folk out there who may have been able to assist us by making some covers for pool noodles to create landing zones for our batties in the release aviary. And our community did not disappoint! Due to the generosity, skilled workmanship, time and trouble of some absolutely lovely, caring people, our sky puppies are going to be the most skilled landing pilots on the east coast!” said Sandy.

A large NRWC working group joined together to thread and hang the landing zones in the new aviary before the pups were released into their new ‘halfway’ home on 14 March.

The aviary site at Wollongbar has been donated by John and Hope Gough. The aviary is a memorial to John’s parents, Robyn and John, who both spent decades rehabilitating and educating the public in flying fox conservation. The project was jointly funded by NRCF and the NSW Government Community Building Partnership.