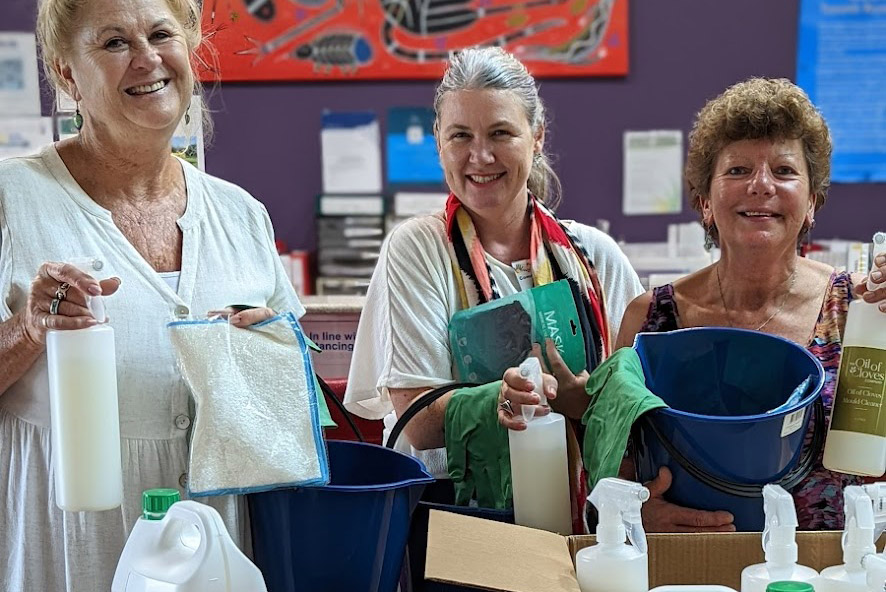 Following the initial clean-up of the Pottsville Beach area which was flooded in early 2022, the Pottsville Beach Neighbourhood Centre (PBNC) was awarded a $10,000 grant to support the second stage of cleaning and eliminate dangerous mould from households that were inundated with flood water.

As well as waterlogged houses, the humidity of the area exacerbated the problem, along with a shortage of cleaning supplies due to the sheer magnitude of the floods and the number of people affected.

The small, hard working team at PBNC provided mould cleaning kits and personal protection equipment to 200 residents. This allowed people to begin the daunting process of cleaning their homes to a non-dangerous level for inhabitants and eventually lead to some people being able to move out of evacuation centres and back into their own homes.

Angela Maxwell of PBNC said the kits were greatly appreciated by people with the huge task of cleaning ahead of them.

“Feedback has been very positive as clients reported that the cleaner was easy to apply and very effective,” Angela said.